Ed Johnson coached at Lincoln Northeast High School for 37 years and retired at the end of the 1985-86 school year. During his tenure, Northeast’s record was 505-202 and qualified for the state tournament 18 times. His teams won state championships in 1950 (his first season at Northeast), 1962, 1967, 1968, 1970, 1973 and 1982. He was honored as the Journal-Star Prep Coach of the Year twice. Ed was named regional Coach of the Year by the National Coaches Associaiton three times and was named the National Boys Basketball Coach of the Year posthumously in 1987. A native of Missouri, Johnson began his coaching career at Lewis, Missouri in 1946. He also coached at the University of Missouri and Corning, Iowa before coming to Lincoln Northeast. Ed was revered by his fellow coaches and former players not only because of his success on the court, but because he was an outstanding human being. The Ed Johnson Award was formerly named after Mike Heck, a high school prep basketball star from Papillion. Heck was the state’s first 7’player while being named a High School All-American in 1972. He went on to play fro Creighton University before suffering a fatal heart attack prior to his junior year. The NCA Board of Directors changed the name of the award to honor a coach like all other NCA awards in 2000. The Mike Heck plaque continues to be respectfully displayed inside the NCA office today. This award recognizes a person making significant contributions to high school boys’ basketball. 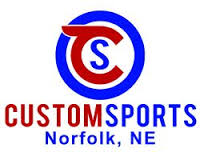